We visited New Zealand over our spring break and I can honestly say it was the best trip I have ever taken. First, we went to Auckland and stayed there for one night and two days. Auckland was really cool because it was a big city but it had a very different feel to it than Sydney does. To me, Auckland really felt like we were in a different country. We walked around, shopped, and got to see the famous sky tower in person!! Not to mention I literally had the best Mexican food I’ve ever had in my life.

The next day we went back to the airport and flew to Queenstown. I don’t even have words to describe how beautiful Queenstown was. It was so green and surrounded by huge mountains and crystal clear water. It was like a cute little town in the middle of the Southern Alps.

While in Queenstown, I was lucky enough to get to bungee jump (twice!!) I had never bungee jumped before and since bungee jumping originated in Queenstown, New Zealand, I figured it would be the perfect time to do it. The feeling you get when you have to force yourself to jump off a ledge and rely on only one rope to catch you is indescribable. It was terrifying but amazing. I could do it again and again and not ever get tired of it. I think I was laughing, screaming, and crying all at the same time.

I also got to eat at the famous Ferg Burger and those burgers really changed the game. I have never had a burger so good, I literally crave Ferg Burger constantly now!! I would fly back to Queenstown just to get another burger if I could.

Five days was way too short to spend in Queenstown, but it was the best spring break and the most fun I have had in a long time. I hope one day I get lucky enough to go back and explore more of New Zealand. 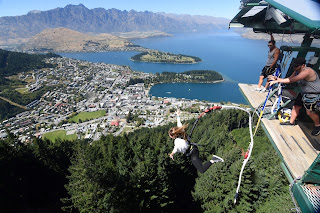 We got back from New Zealand on a Saturday and started our internships on that Monday. At first, I was really unsure about my internship because I was supposed to be at a travel magazine place and last minute they canceled and said they were unable to take interns. ISA quickly found me another placement at a different company. However, when I talked to the manager and heard about the company, it sounded interesting but it didn’t really have anything to do with travel writing and what I wanted to do with my life. 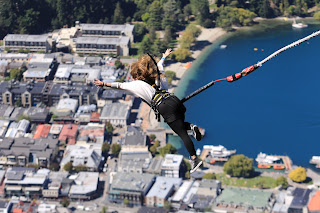 So I ended up at Adventure TV and was pretty nervous because I have never worked in the film industry. However, I have learned so much and gotten so close with my boss, Cam, and the other interns there, Emily, Cici, Naomi, and Keith.

I love having close friends at work because, although I enjoy hanging out with my UT family, I do like being able to hang out with other people as well. It is also cool because they are all from different places. Keith is from Sydney, Naomi is from England, and Cici is from Denmark. We have spent a lot of time together and hang out on the weekends and after work.

As far as the work I am doing, I am really liking it. As I said I have never worked with film or editing before so it was completely new to me. I am still getting used to all the cameras and the software but it is so interesting and useful, I think, to know other journalism skills besides just writing. With that being said, it’s not like I am not writing at all. I keep up with Adventure TV’s Facebook and Cam’s other business All Natural Planters’ websites.

I feel very lucky to be at my internship because I have learned so much. The stories we do are really interesting. Most of the stories are based on traveling, so I have edited stories about the Chinese community, the Arabian health beliefs, and Indian diets.

Our boss is even working on sending Naomi, Cici, Emily and I to Tasmania for four days on a paid tour. This experience would be amazing and very good to put on my CV. This would be my first actual travel writing job! The tour would be, camping and traveling around all of Tasmania and visiting cool places like the white sand beaches, Port Arthur, feeding Tasmanian Devils,  and treetop canopy walking. It would literally be all paid for and all I would have to do is write about it!

I know these two weeks have totally flown by and, although I get homesick, I know I will be so sad to leave in April.